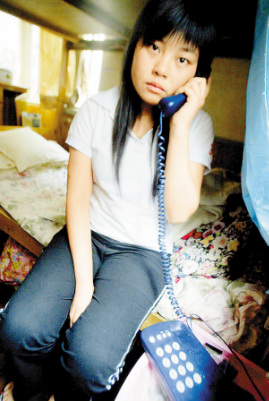 Chow Tai Fok is the world largest jeweler[1]. An 84 year-old listed company from Hong Kong, it is mostly owned by one of the city richest family. It has over 1800 branches over China and Southeast Asia.

Hou Xing was only 18 when she joined Chow Tai Fook in 2004. She worked in the molding department, and has to work with thinners and naphtha. Two years into the job she started feeling unwell, and a lump started to develop in her abdomen. She switched job, hoping that a change of working environment will cure her problem. It did not. Half a year into her new job she got so violently ill that she was forced to quit. Doctor diagnosed her with leukemia, potentially caused by benzene poisoning. She died in 2009, without getting any compensation from either company.

Chow Tai Fook argued that once she left the company it’s none of their business, while the new company argued that she had contracted the disease back in Chow Tai Fook. Neither was willing to shoulder the responsibility, and the ball kicking goes on for another three years. Finally in 2012 the court ruled that since Hou’s disease was diagnosed while working in the new company, it should bear most of the compensation[2]; however because Hou has work longer in Chow Tai Fook, and that she had developed symptoms while working there, Chow Tai Fook should bear 30% of the compensation.